Southerners rarely speak of a specific southern landscape; the varying resources gathered from a Louisiana bayou, a Low Country beach and a Delta farm would give their respective harvesters little in common. Nevertheless, southerners do speak of “the Land,” often in reverent tones, and derive a sense of rootedness or communal identity from it. It is no coincidence that the words southerners use to describe this land—redneck, blue blood, black belt, red clay—are tinged with color, and artists like Anne Goldthwaite, John Lapsley, Rella Rudulph and Lamar Dodd bound social and political concerns into their painted landscapes. In doing so, these artists forged a link between southern land and southern identity still palpable today. 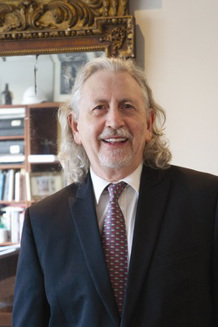 Eiland has been the recipient of a Woodrow Wilson National Fellowship, a Danforth Teaching Fellowship at the University of Virginia, a research fellowship from the University of Georgia’s Willson Center for The Humanities and Arts, and a Museum Professionals Grant from the National Endowment for the Arts. He has edited and contributed to more than 60 publications, including Art Papers, Georgia Journal, US Art, Ceramics Monthly, Southern Antiques and English Literature in Transition. Notably, Eiland authored The Truth in Things: The Life and Career of Lamar Dodd, published by the University of Georgia Press and Nashville’s Mother Church: The History of the Ryman Auditorium.

Among his many honors, Eiland most recently received the American Alliance of Museums Distinguished Service Award, in recognition of his contributions to the field on a national level. In 2010, Eiland was inducted into Sigma Pi Kappa, an international fraternity of historical preservationists, and received the Outstanding Alumnus Award from Birmingham-Southern College. He received the James Short Award from the Southeastern Museums Conference in 2008, for distinguished service in the museum profession, and a Lifetime Achievement Award from the Georgia Association of Museums and Galleries in 2007.

He is currently on the graduate faculty of the Lamar Dodd School of Art at the University of Georgia.